In this episode of the Niche Website Builders Podcast, Mark Mars talks to Chelsea Clarke, who blogs at HerPaperRoute, where business owners learn about affiliate, email, and content marketing as well as digital product creation and funnels to scale their niche site. When they are ready to sell their website, Chelsea connects them with a buyer through her boutique marketplace, BlogsForSale.

Chelsea is a content monetization strategist and website investor who helps creative business owners increase the value of their niche site to sell it for profit. She discusses the process for building and flipping sites and strategies for growing a profitable blog.

Kyle Roof breaks down what "good" content is, how EAT works, and perfecting on-page SEO

On this week’s episode of the Niche Website Builders podcast, James De Lacey talks to legendary SEO expert Kyle Roof. Kyle has a page optimisation tool called Page Optimizer Pro, found at https://pageoptimizer.pro/, and Niche Website podcast listeners can enjoy 15% off using the code “NICHEWEBSITEBUILDERS”. This episode focuses on Kyle and James dissecting and analysing a lot of the typical SEO advice that’s given out in today’s online world on YouTube and Twitter. Kyle is probably most well known for his “Lorum Ipsum” experiment, where he competed against other SEOs to get a local business ranking in Google, and got the business to number 1 using web pages filled with Lorem Ipsum text, only sprinkled with relevant keywords. On the podcast, Kyle explains why most people mis-understand the meaning of the Lorem Ipsum test, and talks about his take-aways from it, as well as how you can use the lessons he learned in your own niche website SEO. James and Kyle continue to take a big-picture look at SEO, answering questions such as “what is good content?”, where Kyle goes into the difference between content for ranking and content for converting. Kyle also talks about EAT (Expertise, Authority, Trust), and how that’s more than just writing a good “About” page, as well as giving us his opinion on site speed and core web vitals. Kyle and James run through a host of other SEO niche website subjects, including keyword cannibalisation, title tag best practices, descriptions, indexing, outbound links, and duplicate content. On duplicate content specifically, Kyle shares a simple step you can take to see whether your duplicate content is affecting your niche website’s google ranking or not. If you’ve got questions about the ... 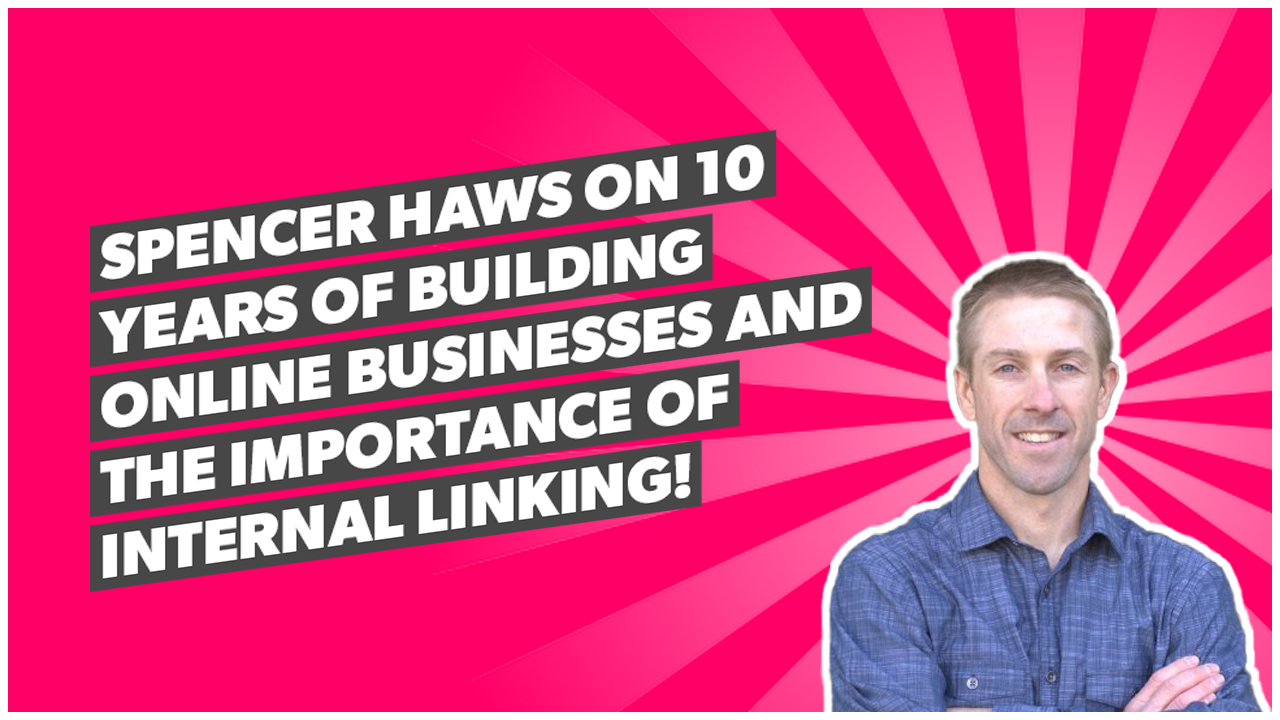 Spencer Haws on 10 years of building online businesses and the importance of internal linking!