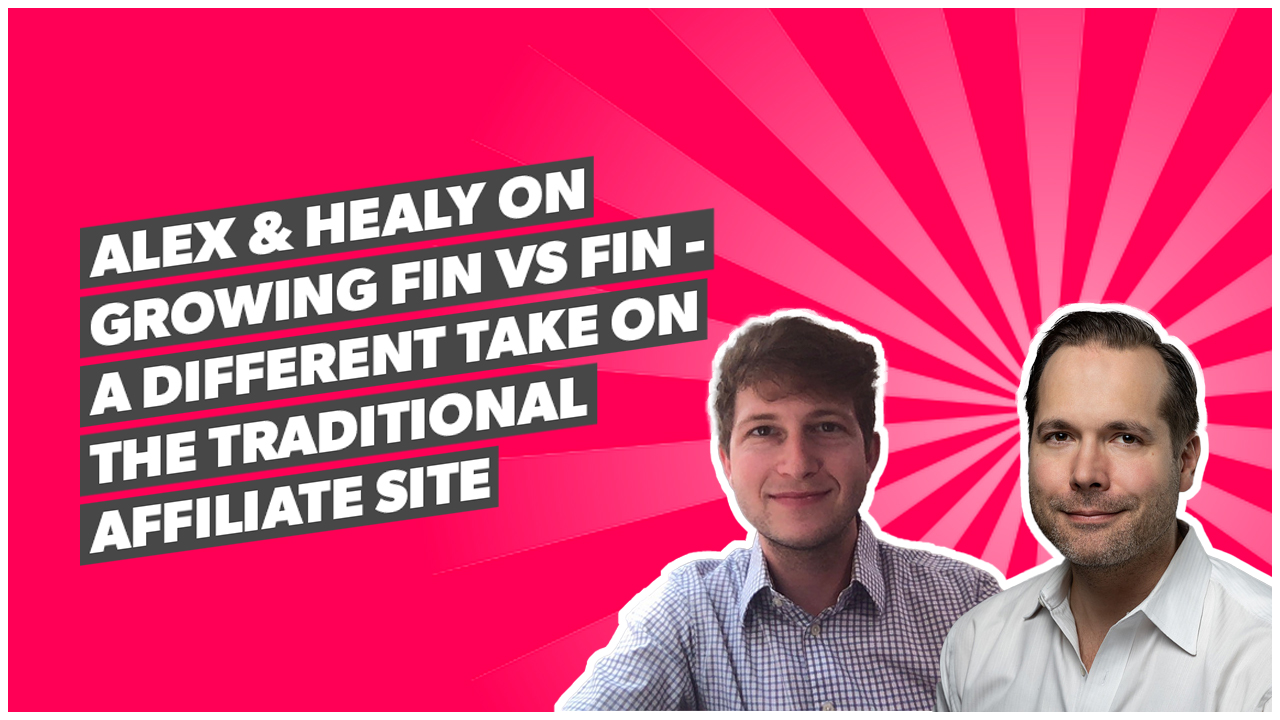 In this episode of the Niche Website Builders Podcast, Adam Smith talks to Healy Jones and Alex Goldberg, co-founders of Fin vs Fin. They give a different take on the traditional affiliate site.

They don’t monetize with display ads or Amazon, but go direct to brands and leverage relationships with affiliate managers. Also, they use quality over quantity tactics to grow Fin vs Fin, create content, and build websites.

They are interested in partnering with other site owners in the right niches because they think that there is a lot of revenue sitting on the table ready to be shared. If you have a site within these niches:

Then please reach out here – http://www.linkedin.com/in/healyjones